Three-parent children – who are they? 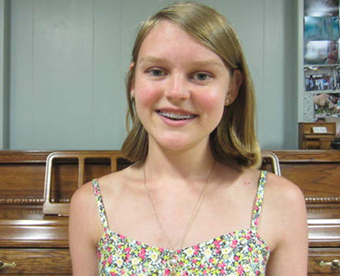 In one of our recent articles we mentioned that the UK government is going to legalize “three-parent IVF” technique in the nearest future. In this case the IVF procedure is reduced to the following: the nucleus of a patient’s fertilized oocyte is injected into a donor’s egg cell. If they adopt this technique, first babies conceived through it are supposed to be born next year.

However, it turned out that there are up to 50 people with three parents in the world already. For example, a teenager Alana Saarinen is one of them. She gave an interview to BBC telling her story. In the late 90th her mother participated in an experiment performed to search for most advanced infertility treatment techniques and agreed to have donor mitochondrions used in her IVF program. Sharon Saarinen dreamed of having a baby for over than 10 years and she didn’t hesitate for a moment about the cytoplasmic transfer, which was her only chance to become a mother. Therefore, during the IVF a cytoplasm with mitochondrions was injected into her egg cell to be fertilized with her spouse’s sperm.

We achieved pregnancy in 12 cases with only one early pregnancy termination, head of the research team, Jacques Cohen said.

Alana Saarinen is growing to be a sociable and curious child. She goes in for music, sport and doesn’t differ from her teens. She says that she bears resemblance to her mother and father, but she knows she has donor DNA as well. However, she doesn’t consider the donor her third parent. I have only her mitochondrions, Alana says.

We would remind you of the cases when this technique is recommended. Mitochondrial DNA is matrilineal. If it has pathologies, a child may develop serious diseases caused by mitochondrial dysfunctions when mitochondrions fail to fulfill their fundamental function – deliver energy to the cells of our organism. Diabetes, CVS and brain pathologies, blindness don’t even cover the list of diseases caused by mitochondrial dysfunctions. So, three-parent IVF helps minimize the risk of transmitting hereditary diseases to a child.